Direct Energy Weapons, or High Energy Laser (HEL) weapons systems, are said to offer cost-effective, near-instantaneous precision, at long range against multiple targets. An almost limitless number of shots at a cost of perhaps £1 per round, versus firing a missile, say a Harpoon anti-ship missile, at a cost of of roughly £1,000,000 per unit, with limited number of re-fills on board a ship, DES has to be the sought after option. So, why aren’t they already a key weapon in military arsenals?

The development of HELs is not without reservation or problems. There are percieved operational limitations, driven by the requirement for line-of-sight engagement, tracking of targets at extreme range, optical tracking of targets, the effects of atmosphere and environmental inhibitors and most importantly the ability to destroy a hardened target. 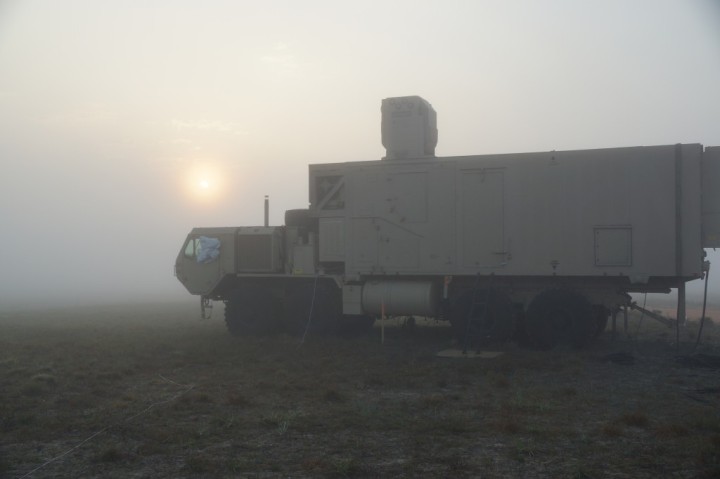 The US High Energy Laser Mobile Demonstrator, successfully used in mid 2014 to destroy drones and 60mm mortars in flight. It’s success was also proven during periods of adverse weather.

But they exist. The operational release of the the 33kW solid state Laser Weapon System, involved the integration of the weapon on the testbed of the Austin-class USNS, USS Ponce. In September 2014, the LaWS was approved as an operational asset, with the commander of USS Ponce having the authority to use it as an offensive weapon. To date it has successfully detonated a rocket propelled grenade, burnt out the engine of a rigid hull inflatable boat and disabling a Scan Eagle UAV. 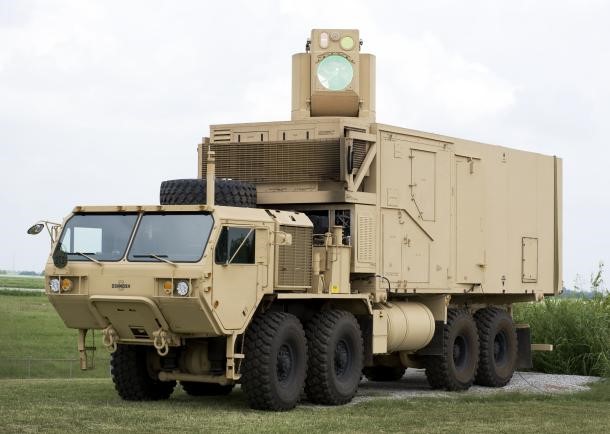 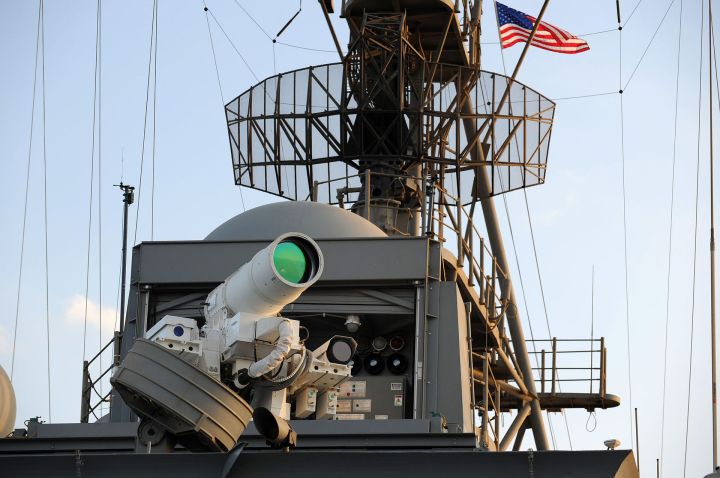 The most significant progress in the development of LWS in Europe has been from Germany. Rheinmetall, based in Germany, recently conducted successful sea trials of a 20kW Beam Forming Unit (BFU), integrated with an MGL 27 Naval Gun.

The UK’s Ministry of Defence also made it known in April 2015, of its intent to acquire a Laser Directed Energy Weapon Capability Demonstrator, a programme that is expected to cost in the region of £100m.

Currently, although it is unlikely that we will see major operationally deployed Direct Energy Weapons systems, these prototype weapons, in the early days, will act as force multipliers, extending engagement range and adding magazine depth, until more powerful weapons are developed. 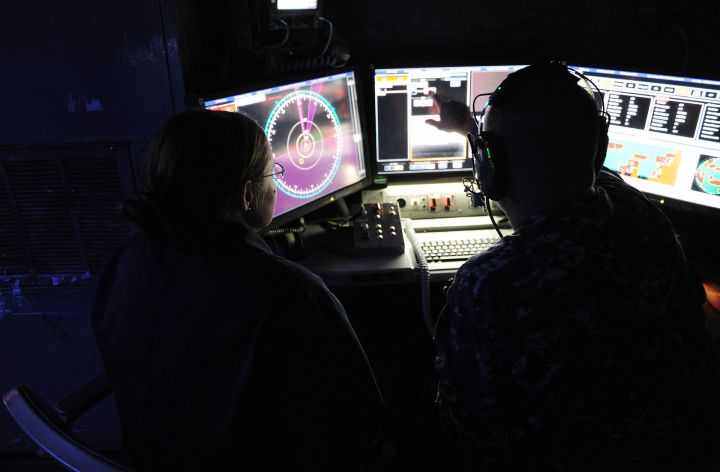 The LaWS control station aboard the USS Ponce..