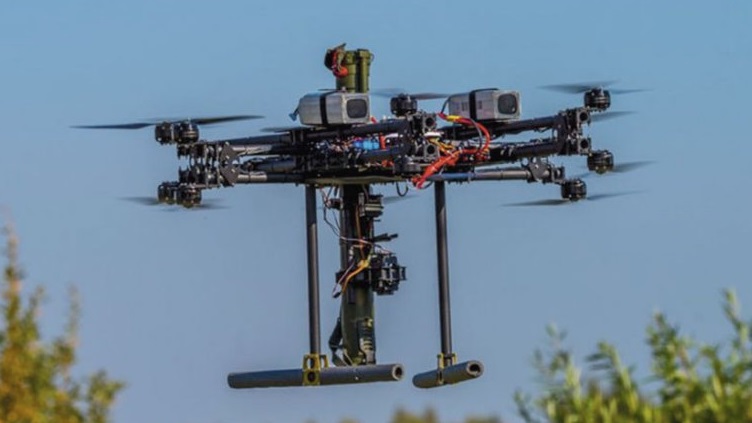 The multicopter can be seen here carrying a probable RPG-26 Aglen light anti-tank weapon. In this instance, it has been positioned for a vertical shot, aiming for the top cover of an armoured vehicle.

The concept was demonstrated in a video at the Russian Armed Forces Robotics conference, near Moscow. It was demonstrated engaging a  number of simulated armoured targets. Although a number of firings were shown, it is only a one-shot solution and obviously needs to land after each firing to be reloaded.

The RPG-26 fires the 72.5mm armed with a HEAT warhead. It has an effective range of 250m and can penetrate 400mm of rolled homogenous armour. It is naturally still undergoing testing.