I just wanted to share this review of The Red Effect, seen in Military History Monthly, with you. 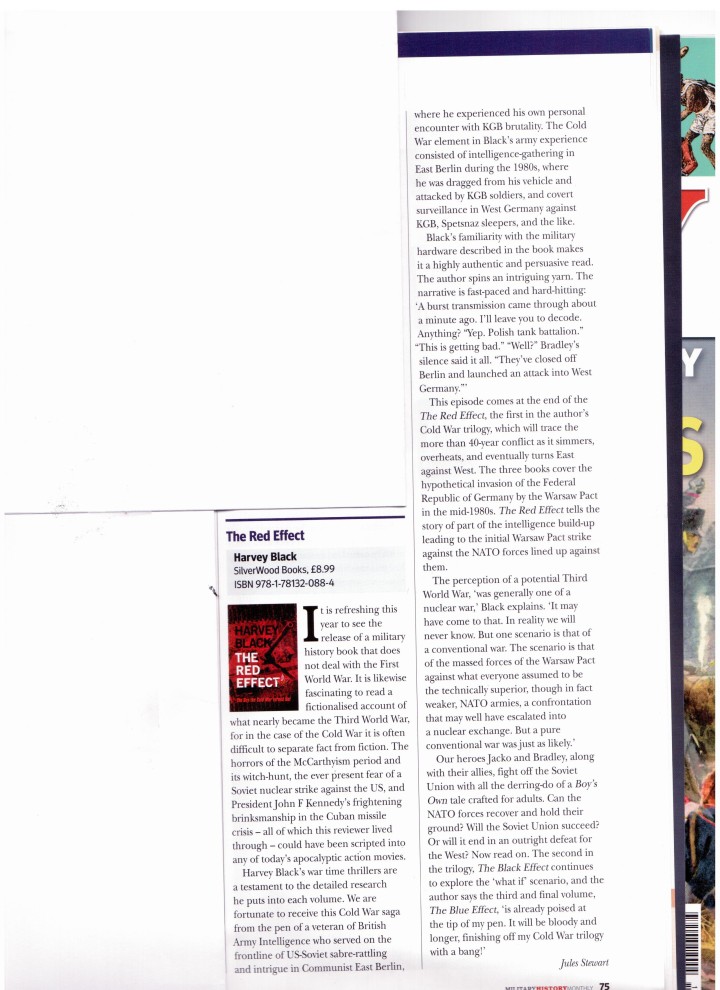 Review of The Red Effect in Military History Monthly

The Blog is copyrighted to Harvey Black.