Military/Intelligence Bulletin 02/2020 – What is China up to?

Several new antenna arrays have been identified in coastal locations and they appear to be low-frequency VHF SIAR/MIMO.

They are capable of detecting aircraft which includes stealth variants. The three that have been deployed on the coast could also be used for detecting maritime assets.

Test facility, Li’anzhen, Hainan island, South Chine Sea. This appears to be a possible test site for a synthetic impulse and aperture radar (SIAR). Multiple input multiple output (MIMO). The site consists of four vertical masts boxing in a multiple antenna array. There is a possible test array south east of this structure

A possible synthetic impulse and aperture radar (SIAR) complex near Li’anzhen on Hainan Island, South China Sea. This shows an unfinished SIAR. You can see the four lattice towers and top right a Radome position. There is no multiple antenna array in position yet.

Shacheng Harbour, near Fuding, Fujian province, eastern China. The systems are composed of three rings of 25 antennas totalling some 45 metres in diameter. The antennas are differing in height within each ring. There are four large frame-constructed masts outside the main circle. But there are differences at the centre of the arrays. At the new site at Subi Reef, there is a five metre tall building. Although there is no mast visible, it is likely that the building contains one. At the Li’anzhen test array, there is a central frame-constructed mast of approximately two-metres in height. It is folded down and can be raised to 10 metres in height. The central configuration is the same at the CETC38 site.

Possible synthetic impulse and aperture radar installation on Subi Reef in the South China Sea.  To the far right, lies a deactivated SIAR.

SIAR radars on their own are an early-warning system and not designed to be used with air defence weapons. With a range out to around 300 kilometres for an incoming aircraft at altitude, it would not provide substantial advanced warning over systems already in place.

It could be used to intercept, track and provide basic information before handing over to an air defence system, such as HQ-64. The advantage it could provide, is that the aircraft would be unaware that it was being tracked up until the last moment. This could explain their current positions, located alongside pre-existing air defence radars.

So, what we have is a potentially undetectable lower-frequency VHF SIAR/MIMO radar capable of identifying aircraft, including stealth aircraft, as well as maritime assets.

What is the current state of Russia’s satellite fleet?

Although the Russian Federation is attempting to upgrade its satellite capability, at the moment it is small and very outdated.

Since the fall of the Soviet Union, Russia has suffered a serious deterioration of its satellite signals intelligence and radar imaging capability.

The Kondor-E synthetic aperture radar satellite, the export version of the original Kondor, which no longer appears to be operational.

September 2015, saw the last descent of a Russian Yantar 42KM photoreconnaissance satellite. This, a Kobalt-M series, was the last of its type that sent back its pictures to earth in a return capsule.  Whereas the US and China last used this type of film-return satellite back in 1986 and 2005 respectively, switching to digital imaging satellites.

The US launched the first of its Kennen (later called Crystal) satellites that used CCD technology as early as 1976, launching a further 14, of which four are still in orbit. 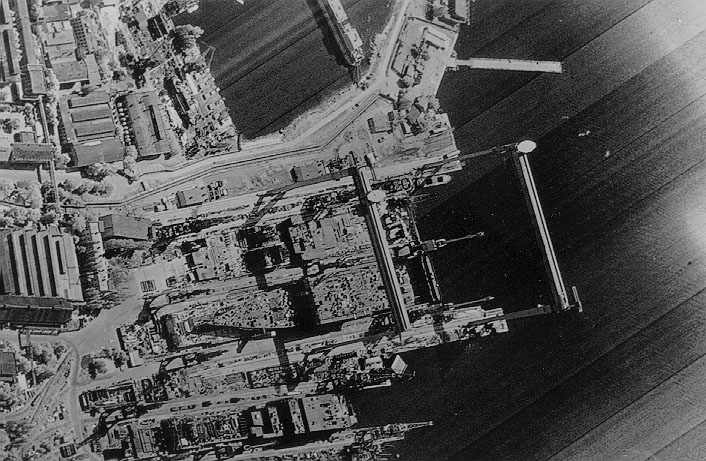 It has taken Russia many years to catch up with the West. It wasn’t until after 1983 that Russia developed a satellite camera that was able to come close to the Kennen. Russia had 10-20 of these new generation satellites, but by May 2001, all of these had been de-orbited, leaving Russia without any digital reconnaissance satellites in space.

In July 2008, Russia launched the first of its Persona satellites, Kosmos-2441. Russian media reported its loss only two months later as a consequence of the memory boards in the on-board computer crashing due to charged particles.

The next one, Kosmos-2486, fitted with hardened electrical components, was launched into orbit in June 2013, but soon encountered problems and was crippled by software issues by November 2013. This problem may have been resolved by the following year.

The third Persona, Kosmos-2506, was launched in June 2015.  If the two currently operational satellites survive their expected life of seven years, they could deliver images until 2020 and 2022.

Russia’s new generation of satellites are due to be launched in 2019, 2022 and 2024, but the current western imposed sanctions could delay this as Russia would need to find replacements for western imported electronic components. Meanwhile, Russia has introduced digital topographic mapping satellites, one in 2015 and one in 2016 (design-life of 5 years). Four more are believed to be under construction.

Russian military can also make use of civilian remote sensing satellites. Although of a low resolution, they could help to identify, for example, fighter aircraft types parked up on airfields. They currently have access to three of the above Resurs-P satellites.

As well as electronic-optical satellites, Russia also operates synthetic aperture radar satellites, especially to provide imagery at night and through cloud cover. The Soviet Union first launched radar-equipped satellites in the late 1980s, but the programme collapsed with the fall of the Soviet Union. Their next launch, Kosmos-2487 (Kondor), was in June 2013. Although observations have shown no manoeuvres have been completed by the satellite since September 2015, the suspicion being that it may not be operational.

After a recent visit to ISS Reshetnev by the Russian minister of defence Sergei Shoigu, several photographs taken by a TASS reporter, and later released, revealed a potential new, until then unknown, Russia satellite. A Repei (burdock) S and a sister satellite, Repei-V. The belief is that these will be used as either communication satellites or signals intelligence satellites.

Just a brief insight into the status of Russian satellite capability. It is a huge subject which requires detailed research to fully understand where Russia currently sits in the intelligence gathering area.  since the collapse of the Soviet Union 25 years ago, Russia has finally started to field a new generation of satellites, but is still way behind the US and China in both numbers and performance.