Leaving temperatures in excess of forty degrees to be used, not in an airborne operation, but as a fire brigade, plugging gaps in the line around Leningrad, particularly along the banks of the River Neva. They were Army Group North’s strategic reserve.  They were quickly placed into the fray, fighting along the River Neva, where temperatures dropped to below -30 degrees, sometimes as low as -40. They were successful at plugging the gaps and preventing the Soviet Union from exploiting their bridgeheads over the River Neva, but at a price. Some units suffered up to 75% casualties. Many who had survived the assault on the Fortress Eben Emael, (Devils with Wings) and the fierce fighting on the Island of Crete (Devils with Wings: Silk Drop) met their fate in this bitter struggle with the atrocious weather and the never ending Soviet hordes.

The airborne operation against Crete inflicted severe losses on the Fallschirmjager Division. At only a third of its original strength, there were far too few qualified troops available to conduct any large scale airborne operations at the outset of Operation Barbarossa. The Luftwaffe had also suffered considerable losses in transport aircraft and gliders. So, rather than initially being involved in Operation Barbarossa, 7th Flieger Division remained in Germany to rest and refit. But, they weren’t left out of it for long.

The front cover of Hauptmann Piehl’s Ganze Manner, the 1943 first edition, with a foreword by General Kurt Student.

The German Fallschirmjager in WW2.

On the 22nd June, 1941, Operation Barbarossa was launched, the German invasion of the Soviet Union. Nearly 4 million Axis troops invaded the USSR along a front that extended nearly 4,000 kilometres. 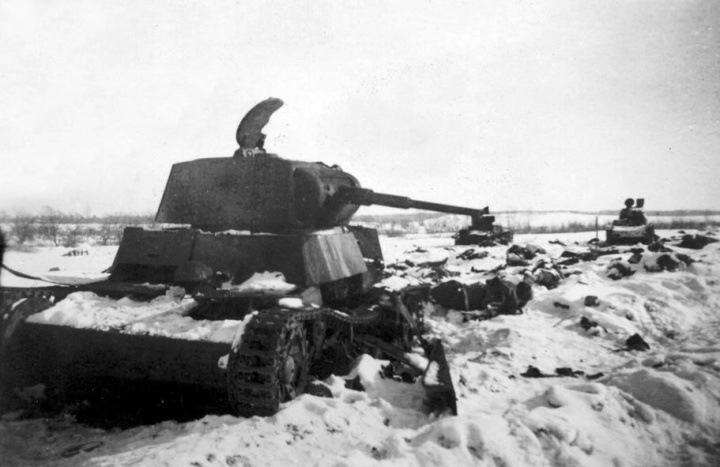 German troops advance quickly and deep into the Soviet Union. 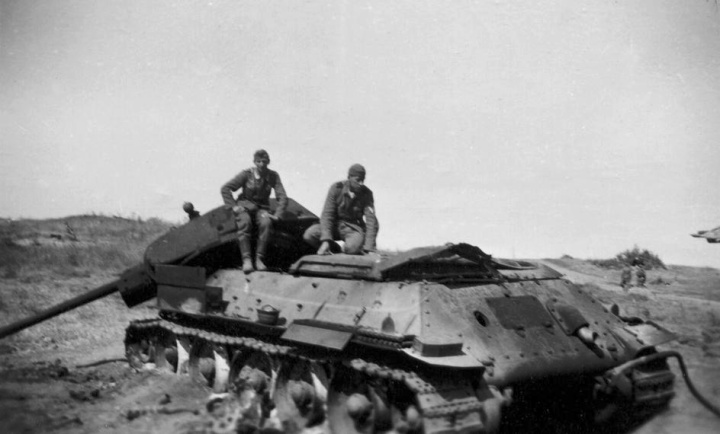 Although the Russians fielded the infamous T-34’s, they were unable to stop the German onslaught.

The T-34’s came as a shock to the German Army, unaware of their existence until they met them in battle.

The Russian airforce was no match for Army Group North’s Luftwaffe support provided by Luftlotte 1. 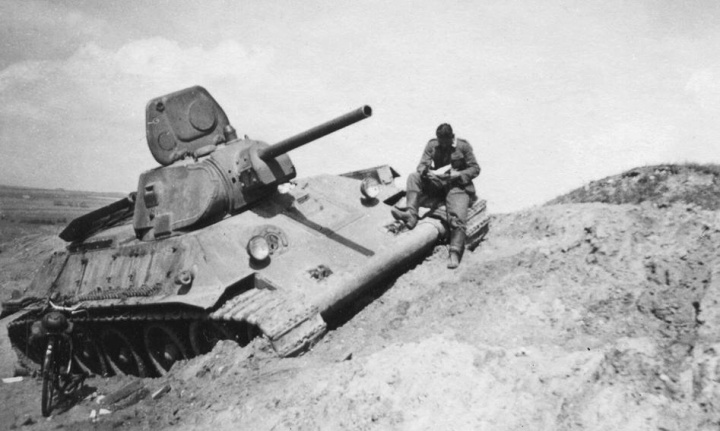 On the first day, Panzer Group 4’s 600 tanks crossed the River Neman and penetrated up to 80 kilometres.

Although supposedly a mechanised army, the German forces were heavily dependant on horse drawn wagons for their supplies and very quickly ran out of fuel and ammunition. By the end of the 22nd June, the German armour had penetrated 80 kilometres in their drive towards Leningrad. On the 23rd June, near a town called Raseiniai, the Soviets counter attacked. It was here that the German panzers came across the KV heavy tanks for the first time. The Panzer 35(t)’s and anti-tank weapons were practically ineffective against them. The Pak 37, 37mm anti-tank gun earned the nickname of ‘door knocker’ because it couldn’t penetrate the thick armour.

KV heavy tanks. The later Pak 40, 75mm anti-tank gun was given a priority as they were badly needed to stop these new tanks. One tank in Raseiniai held the advance up for 24 hours.

The advance continued with thousands of Russian prisoners being taken. 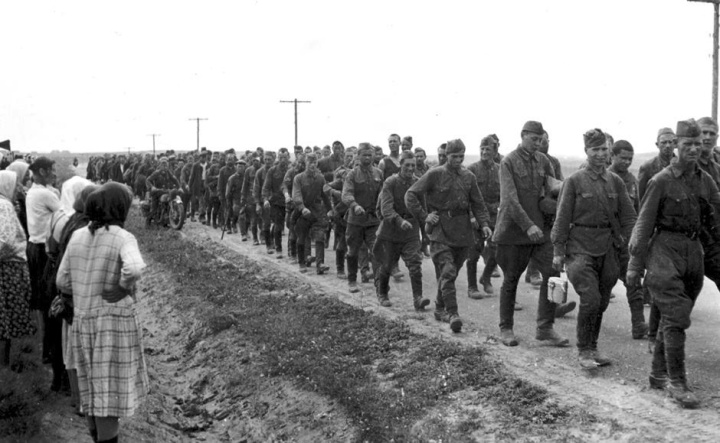 Long columns of Russian prisoners were marched to the rear, guarded by only a few german guards.

The Russian troops were demoralised, badly led and beaten.

But it didn’t all go the German Army’s way. By the end of September 1941, Army Group’s North, Centre and South, ground to a halt. The worsening mud of the Russian Rasputitsa and stiffening Russian resistance ground the German forces down. Although Army Group North had surrounded Leningrad to the south, east and west and the Finnish closed the ring to  north, they made little headway.

The Russian Army was desperate to penetrate the ring of steel that isolated them from the rest of the soviet Union and fought hard to break out. They managed to get two bridgeheads across the River Neva, the German army struggling to restrain them.

The only German Strategic reserve that could be thrown into battle to stem the flow, was the 7th Flieger Division.

The 1st and 3rd battalions of the 1st Parachute, Fallschirmjager, Regiment and the 2nd battalion of the Luftlande-Sturmregiment were dispatched to the Leningrad to fight alongside 18th Army. They were to be the Army’s fire brigade.

Deployed east of the city, along the River Neva. 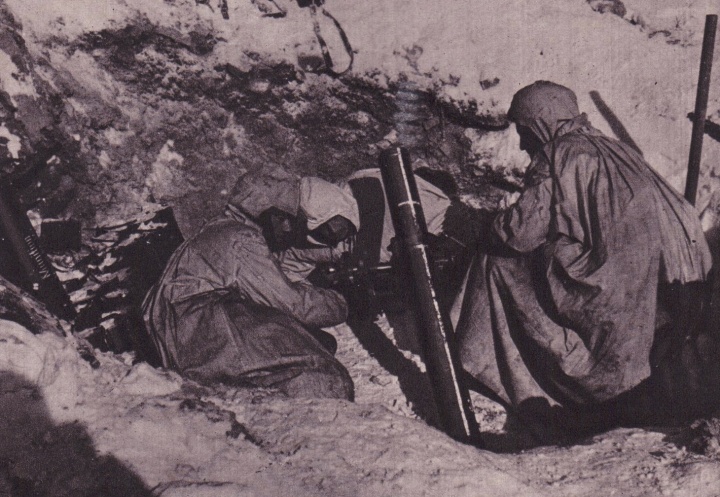 In mid-October, just as the Russian winter was setting in, the 7th Flieger’s Divisional Headquarters arrived at the front. 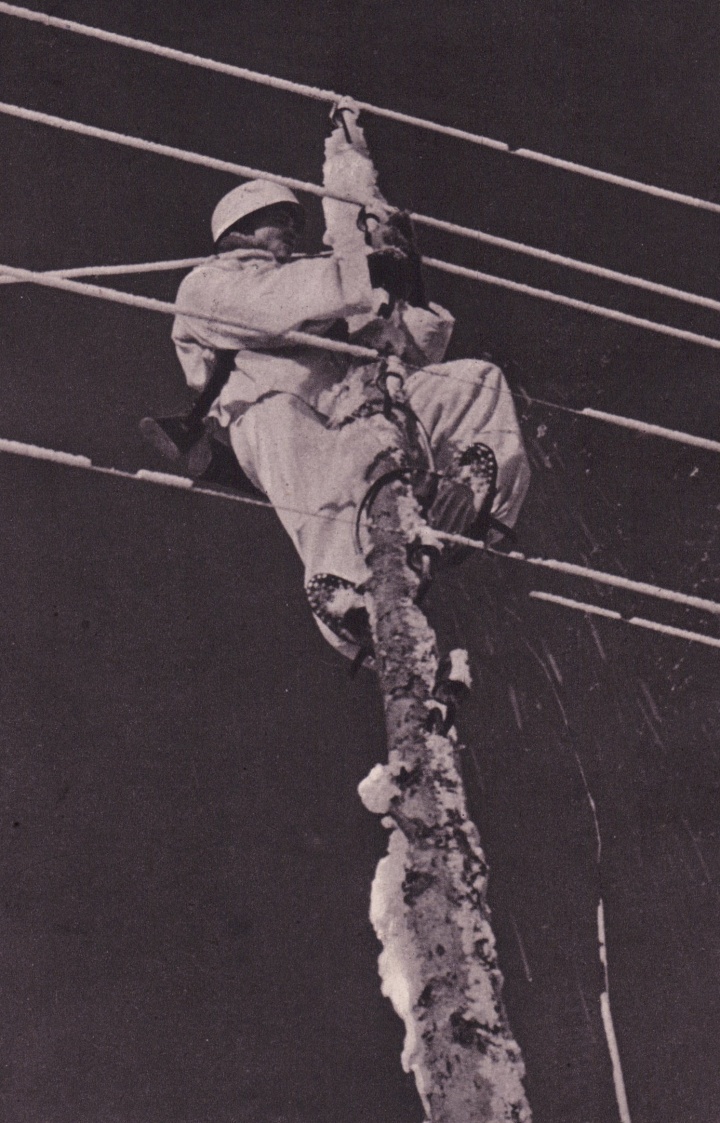 The Fallschirmjager now had much better support under the command of their own division rather than the Wehrmacht.

The soviets battered the Fallschirmjager troops relentlessly, desperate to escape the trap, but to no avail. The Fallschirmjager, reinforced by the Parachute Engineer Battalion, held their ground. The troops held the Red Army soldiers from the Volkhov front back, some units suffering up to 75% casualties. The weather, dropping to lows of nearly -40 degrees, also took its toll on the paratroopers.

Although the Fallschirmjager were heavily involved in the defence of the River Neva, they weren’t involved in any attacks on Russian military armoured trains. Bearing in mind my books are novels, i have included a section where my characters do just that. Some of the armoured trains they were involved in are shown below. 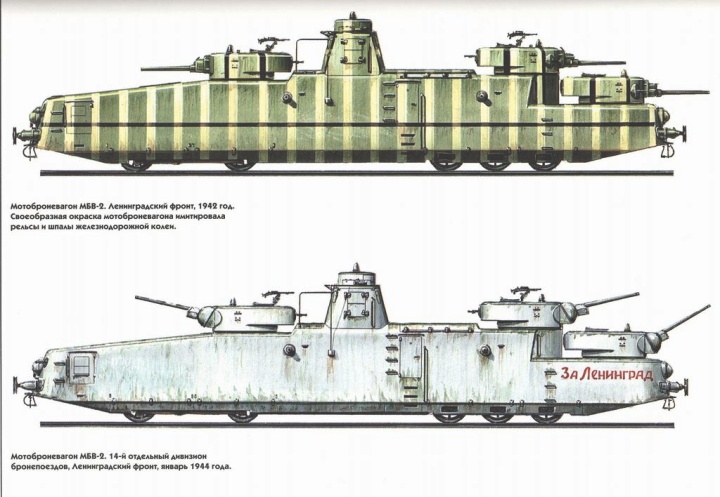 MBV-2 Armoured Cruiser. Some were built in Leningrad and were given names.

PL-37 artillery wagons. Information can be found in Devils with Wings: Frozen Sun.

The qualification phase to become a paratrooper consisted of 6 jumps. The first would be a t height of around 200 metres, the next two at 150 metres, but in a stick of six trainees. Their fourth jump would be from the same height, but at dusk or dawn and as part of a much larger stick, of perhaps 10 men. For the fifth jump they would be part of a Kette formation, a V-formation, a Chain of three Junkers JU-52. The final jump would be made under simulated combat conditions, up to nine aircraft flying at little over 125 metres in height. 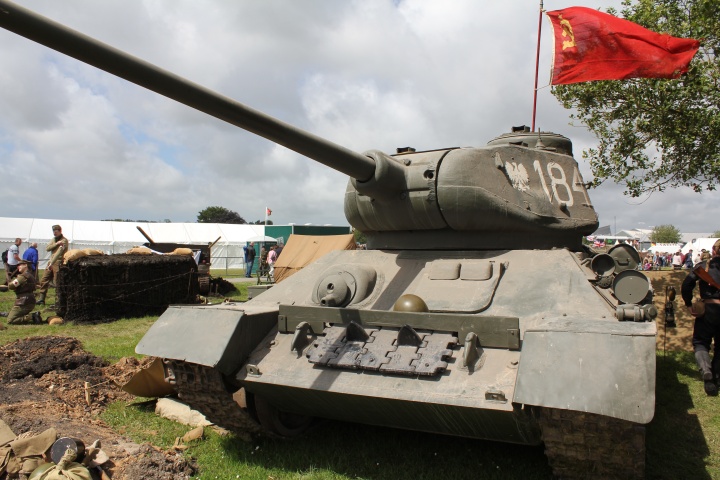 The Fallschirmjager had ten commandments that they lived by as elite soldiers.

Number 4.  Be calm and prudent, strong and resolute. Valour and enthusiasm of an offensive spirit will cause you to prevail in the attack.

My intention is not to portray a particular message, but just share some of my photographs and information with you and help set the scene for my forthcoming novel. The next post will cover the Fallschirmjager in Russia.

Blog is copyrighted to Harvey Black