Military/Intelligence Bulletin 02/2018 – What can China see?

Military/Intelligence Bulletin 02/2018 – What can China see?

How capable is China’s long-range surveillance to support its existing military requirements?

China, to support its plans to expand its control over its maritime approaches, along with a desire to operate further afield, has been developing its long-range surveillance capabilities to support this. 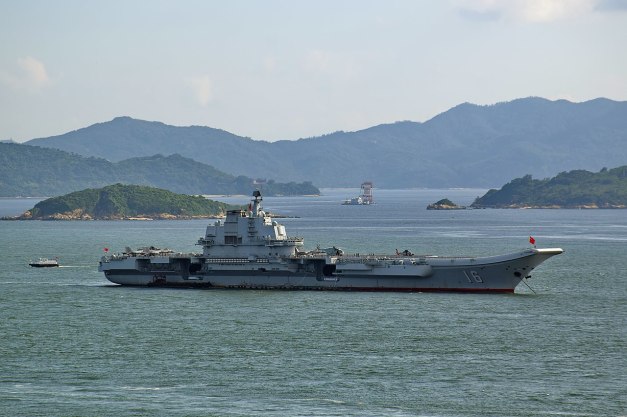 Liaoning is China’s first in-service aircraft carrier, seen here entering Hong Kong waters on the 7th July 2017.  With a planned growth in its carrier fleet, and a wish to operate further afield, China will require an equal enhancement in its long-range surveillance capability.

China needs the capability to achieve air, surface and subsurface surveillance in the East China Sea, along with the South China Sea, the Philippine Sea and the West Pacific. With the growth of their carrier force, China will also need eyes on the Sea of Japan and Indian Ocean.

Its not only eyes on that is required, but the ability to provide targeting data for its large inventory of long-range anti-ship cruise missiles, along with China’s anti-ship ballistic missiles.

China certainly requires Over-the-horizon radar (OTH) and is one of the few countries to have developed this. A Chinese warship would only be able to detect an enemy ship on the horizon out to about 50km. Airborne radar, at a height of say 10km, would increase this range out to around 200km.

But much greater ranges are required. This can be achieved by exploiting the backscattering (B) effect of the electromagnetic waves emitted by the radar reflected by the ionosphere in the Earth’s upper atmosphere. The OTH-B radar has to use frequencies in the High Frequency band (3-30MHz), this is a lower frequency than most radars use, and so require large arrays.  Usually, these arrays will be a few hundred metres in length for the transmitter array and 2-3km for the receiver array. Also, to avoid interference, the two arrays need to be sited at least 100km apart.

The Large phased-array radar, LPAR at Huanan, east of Harbin, is aligned to the north, and may be set up to detect ballistic missiles on a polar trajectory. Equally, it could be used as a space tracking radar.

North of Taiyuan, there is an Over-the-horizon back scatter (OTH-B) base.

The Hangzhou and Yiyuan (just southeast of Ji’nan) LPARs, are both aligned in the same direction, possibly there to support China’s ant-ship ballistic missile targetting.

Northwest of Hangzhou, there is a OTH-B transmitter and receiver.

At Korla, southwest of Urumqi, China has positioned a trainable array, its primary use for tracking ballistic missiles during tests.

At Jiuquan, Xichang and Wencheng are primarily used as Space launch sites.

China now has coverage out to 2,500 kilometres from the coast, just a few hundred kilometres

China is also enhancing its satellite coverage and currently has 192 satellites in orbit, versus US 593 and Russia’s 135.

On the 29 September 2017, a three Yaogan surveillance surveillance satellites were launched on a Long March 2c rocket from China’s Xichang Satellite Launch Centre. In November, a further three  were sent into orbit.

Separation of a YG-30-01 surveillance satellite.

China, therefore, has a comprehensive capability for long-range surveillance out to 2,500 kilometres from its coastline. A technological milestone for China will be the building of an imaging satellite that can support target identification and tracking from a 35,000 kilometre orbit.

Conflict? Will Vietnam and China face up to each other in the South China Sea?

Is Vietnam becoming increasingly concerned with China’s policy in the South China Sea?

What does Vietnam need to protect?

Thirty plus Islands for a start, including Spratly Island itself.  But with a coastline of over 3,000 kilometres, it has a major seafood industry to secure. Therefore it is imperative that it maintains control of its coastline and occupied islands.

Oil. The Gazprom Group (with Russian interests) is dipping a toe in at Vietnam’s request. Gazprom International is currently hydrocarbon prospecting in the area of Vietnam and the South China Sea. It is already engaged in developing oil and gas blocks on the shelf of the South China Sea. In the area of the Islands, the aggregate reserves are estimated to be 55 billion cubic metres of natural gas and 21 million tons of gas concentrate.

There is an ongoing territorial dispute between the People’s Republic of China, the Philippines, Malaysia, Taiwan and Vietnam concerning the ownership of the Spratly Islands group.

The motivation for China’s actions in the South Sea has three strands. Their primary one is that of defence, flexing its military muscle. Then comes resources, followed by pure self-interest. During the last century, China has continued to stake a claim on the islands situated in the South China Sea.

Both countries have artificially expanded their territory around the spratly islands. Vietnam has extended Sin Cowe island, probably trebling it in size. Now with a small harbour, helipad, sensor post and defensive positions.

China on the other hand, is reinforcing the Paracel archipelago. The militarisation of the largest of the Islands, known as Woody Island, 300 km southeast of Hainan in China, continues. There is an airport, port, and even a hospital, school and library. Dredging, land reclamation and construction on and around the island continues. In 2015, Beijing temporarily deployed fighter aircraft to Woody Island.

What is Vietnam’s response?

China retains a significant military advantage over Vietnam, so the country needs to bolster its defensive and offensive capability.

A number of investments have been made. The Bastion-P anti-ship missile system is based on its southern coast and has a range of 300km. This only protects the coastline, but if moved to Spratly Island, its 300km range would cover China’s Fiery Cross Reef and other islands occupied by them. 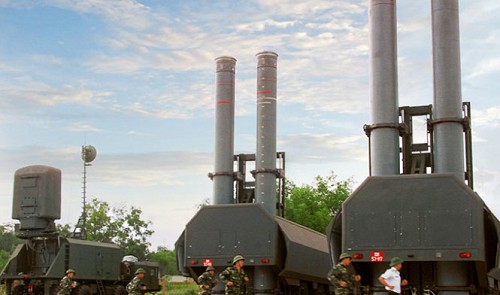 Although not yet operational, the four Kilo class SSK submarines, purchased from Russia, with the Klub cruise missile, could pose a significant threat to Chinese occupied locations.

Both countries operate the J-11B fighter aircraft, which would allow China to cover the entire group of islands, including the Paracels to the north. Vietnam would be able to threaten the same area.

China’s counter to this, is the HQ-9, medium to long-range surface-to-air missile, with a range of 200km. Deployed to Fiery Cross Reef, puts Spratly Island in range.

Oil: Vietnam wanting the Spanish energy company, Repsol, to drill appraisal wells 270km offshore. China Has leased the same area of sea to a Hong Kong-based company, Brightoil. A conflict in the making.

State claims: Due to the large number of competing state claimants there is a real possibility of an incident emerging that could develop beyond the control of the leadership in Beijing.